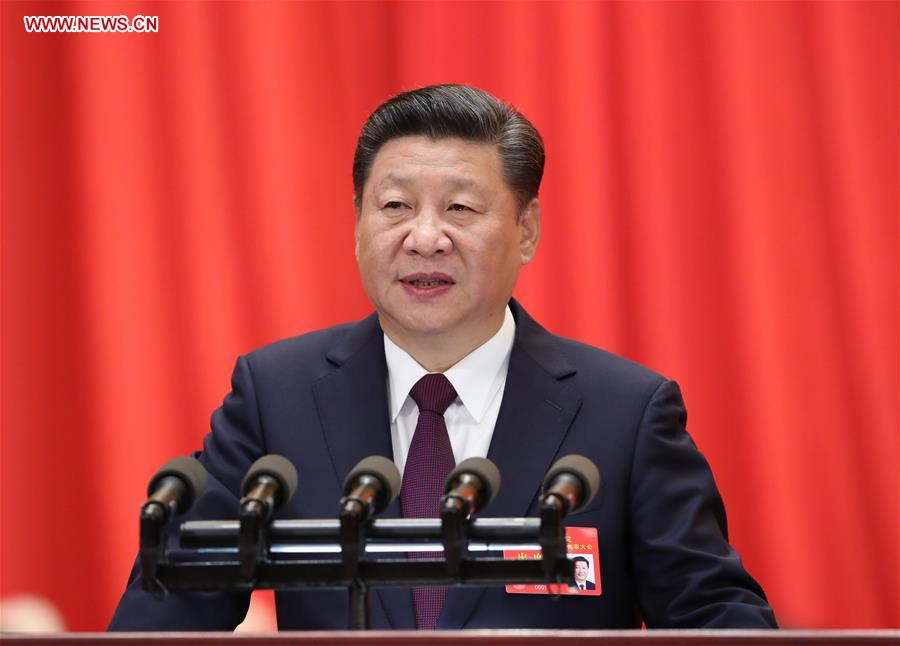 Standing at a new starting point and opening a new chapter in history, the 19th National Congress of the Communist Party of China (CPC) opens in Beijing today. We extend our congratulations to the meeting and highest respect to the participating delegates.

The 19th CPC National Congress is an event of great significance at the decisive stage in building a moderately prosperous society in an all-round manner in a crucial period of the development of socialism with Chinese characteristics. This congress will thoroughly examine the general trends of development at home and abroad, take into full account new requirements for development as well as people’s new expectations, summarize the Party’s lively practice and fresh experiences in leading the people to undertake reform and opening-up as well as socialist modernization, and is thus of enormous importance in encouraging and mobilizing the whole Party and people of all ethnic groups to continue pushing forward the building of moderately prosperous society in an all-round manner and carry on and advance socialism with Chinese characteristics.

The five years since the 18th CPC National Congress were five years of painstaking endeavors, five extremely extra-ordinary years in the development of the Party and the country. Five years on, the CPC Central Committee with comrade Xi Jinping at its core has introduced a series of major strategic measures and major policies and guidelines and pressed ahead with a series of major undertakings, including comprehensively strengthening CPC leadership, firmly implementing new development philosophy, steadfastly deepening reform in an all-round way and advancing the rule of law. Many long-term difficulties have been solved and many previously impossible major achievements have been accomplished. Major progress in the building of beautiful China, reform of national defense and the military as well as major-country diplomacy with Chinese characteristics has been made. Changes in the past five years amount to a fantastic answer-sheet that both inspiring and of far-reaching significance.

In order to create a better life for the people and realize the great rejuvenation of the Chinese nation, we should hold high the great banner of socialism with Chinese characteristics, fortify confidence in the path, theory, system and culture of socialism with Chinese characteristics, and ensure that the cause of the Party and the country always moves forward in the right direction.

Since the 18th CPC National Congress, with tremendous political courage and strong sense of responsibility, the CPC Central Committee with comrade Xi Jinping at its core has grasped the general trends at home and abroad, promoted coordinated progress in economic, political, cultural, social and ecological areas as well as building a moderately prosperous society, deepening reforms, implementing the rule of law, and strengthening Party self-discipline in an all-round manner, made major achievements in the cause of socialism with Chinese characteristics, and achieved new results in the Sinicization of Marxism with a scientific and complete theoretical system.

The contemporary China is experiencing the most extensive and profound social transformation in history and undertaking the most magnificent and unique practice and innovation in human history.

China’s success hinges on the CPC. The major achievements in strengthening Party self-discipline and their far-reaching influences again prove the judgment. The Party needs to always maintain strong vitality and fighting capacity to cope with major challenges, risks, barriers and conflicts.

Unswervingly pressing ahead with the new great project of Party building provides solid political guarantee for us to accomplish the great “China Dream” under new historical conditions.

Five years is too short in the eyes of history. But the five years reflects the Party’s 96-year endeavors and the Chinese nation’s pursuit of progress and rejuvenation, and has become a glorious chapter in human history. The new starting point means new challenges as well as new hopes.

We have a firm belief that the 19th CPC National Congress will be a great success, and will go down in history as a hallmark of new progress and a new journey.